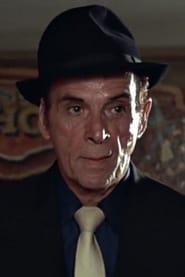 Marc Lawrence (December 17, 1909 – November 28, 2005) was an American character actor who specialized in underworld types. He has also been credited as F. A. Foss, Marc Laurence and Marc C. Lawrence.

In 1930, Lawrence befriended another young actor, John Garfield. The two appeared in a number of plays before Lawrence was given a film contract with Columbia Pictures. Lawrence appeared... Read more