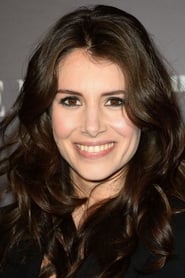 Louise Monot (born 30 December 1981) is a French actress and model. Known as the face of the French cosmetics company Bourjois, she is also known for portraying one of the schoolgirls, Marine Lavor, on the television series, La vie devant nous. Monot also appeared in the film OSS 117: Lost in Rio. She is a cast-member on the Amazon Studios science fiction drama series, The After.