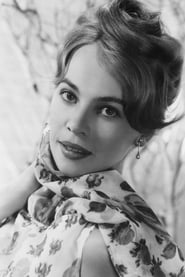 Leslie Claire Margaret Caron (born 1 July 1931) is a French-American actress, dancer and writer. She is the recipient of various accolades, including a Golden Globe Award, two BAFTA Awards, and a Primetime Emmy Award, in addition to nominations for two Academy Awards.

Caron started her career as a ballerina. She made her film debut in the musical An American in Paris (1951), followed by roles... Read more