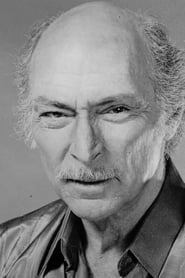 Clarence LeRoy "Lee" Van Cleef Jr. (January 9, 1925 – December 16, 1989) was an American actor best known for his roles in Spaghetti Westerns such as For A Few Dollars More and The Good, the Bad and the Ugly. Hatchet-faced with piercing eyes, he had declined to have his nose altered to play a sympathetic character in his film debut, High Noon, and was relegated to a non-speaking outlaw as a... Read more