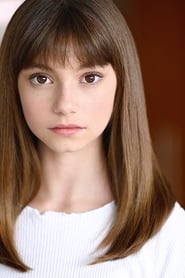 Lauren Lindsey Donzis is an American actress, best known for starring as Molly in the Netflix series No Good Nick and as Ruby in the fourth season of the Disney Channel original series Liv and Maddie. In 2021 she plays Hannah in the revival of Punky Brewster streaming on Peacock.