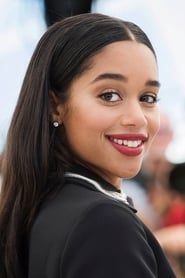 Laura Ruth Harrier is an American actress and former model. Harrier began modelling at the age of 17 after she was discovered by a location scout. She moved to New York City where she continued modelling and was represented by such agencies as IMG Models and Wilhelmina Models. She appeared in Vogue, Elle, Glamour, and Cosmopolitan and campaigns for Urban Outfitters, Macy's, and Steve Madden.... Read more