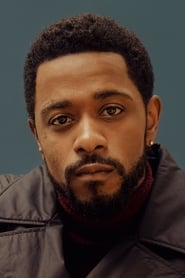 Lakeith Lee "Keith" Stanfield (born August 12, 1991) is an American actor and rapper. He made his feature film debut in Short Term 12 (2013), for which he was nominated for an Independent Spirit Award. In 2014, he co-starred in the horror film The Purge: Anarchy and in the Martin Luther King biopic Selma, as civil rights activist Jimmie Lee Jackson. Stanfield appeared in the film Dope (2015).... Read more