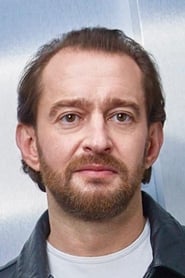 Konstantin Khabensky (born 11 January 1972) is a Russian actor best known in the West for starring in the films Night Watch and Day Watch as the lead character Anton Gorodetsky.

Khabensky was born and trained in St Petersburg, and now resides in Moscow. Khabensky was already a popular and well-established theatre and television/film actor prior to appearing in the -Watch films. However, their... Read more