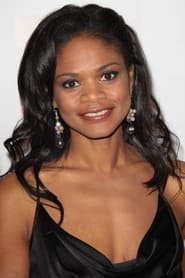 Kimberly Elise was born on April 17, 1967 in Minneapolis, Minnesota, USA. Elise studied film and acting at the University of Minnesota and earned a BA in Mass Communications. She is best known for her role in the films Set It Off, John Q, and Diary of a Mad Black Woman. Her most recent film role was in Tyler Perry's For Colored Girls (2010), as the battered wife Crystal. Elise is a four-time NAACP Image Award winner.