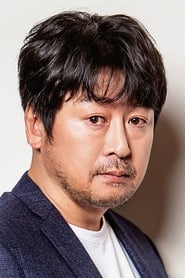 Kim Yoon-seok (김윤석) is a South Korean actor. He was born on January 21, 1968. Kim's theater background first led him to be cast in minor roles on film and television. His breakout role came as the villain in gambling film Tazza: The High Rollers (2006), but it was his performance as a pimp and ex-cop in surprise hit The Chaser (2008) that brought him acting awards and stardom in his... Read more