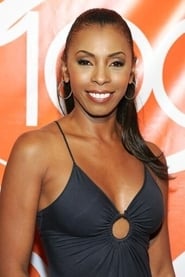 Khandi Alexander (born September 4, 1957) is an American dancer, choreographer, and film and television actress. She is perhaps best known for the roles of Dr. Alexx Woods on CSI: Miami and as Catherine Duke on NewsRadio. She also had a major recurring role on ER as Jackie Robbins, sister to Dr. Peter Benton. She is currently appearing in the HBO series Treme.