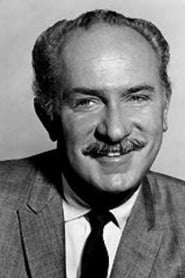 Keenan Wynn (1916 – 1986) was an American character actor. His bristling mustache and expressive face were his stock in trade, and though he rarely had a lead role, he got prominent billing in most of his movie and TV parts.

Wynn was born on July 27, 1916, in New York City, the son of vaudeville comedian Ed Wynn and his wife, the former Hilda Keenan.

Wynn appeared in hundreds of films and... Read more