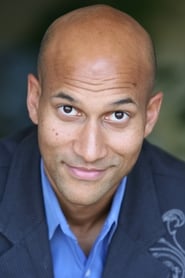 Keegan-Michael Key (born March 22, 1971, height 6' 1" (1,85 m)) is an American actor and comedian best known for starring in the Comedy Central sketch series Key & Peele and for his six seasons as a cast member on MADtv.

Early life Key was born in Southfield, Michigan and raised in Detroit. His father is African-American and his mother is European-American. He was adopted as a child. In 1989... Read more