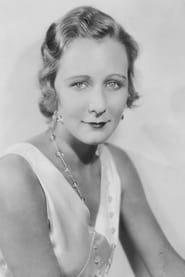 Catherine Townsend "Kay" Johnson (November 29, 1904 – November 17, 1975) was an American stage and film actress. Johnson was signed to a contract with Metro-Goldwyn-Mayer by Cecil B. DeMille following a performance of The Silver Cord at the Repertory Theater in Los Angeles, California. The play was produced by Simeon Gest of the Figueroa Playhouse. Her film debut came in Dynamite (1929),... Read more