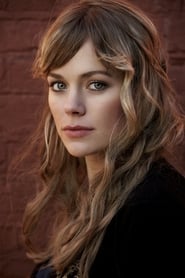 Katia Winter (born 13 October 1983) is a Swedish actress. Katia Winter moved to England at an early age. She pursued a career in acting after studying film, screen acting and editing in London and Stockholm. Katia has gone on to star in a range of television and independent film roles including the British drama Unmade Beds (2009), directed by award-winning Alexis Dos Santos and Everywhere and... Read more