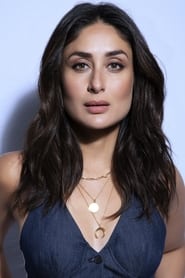 Kareena Kapoor often informally referred to as Bebo, is an Indian film actress who appears in Bollywood films. Born into a film family where both her parents, Randhir Kapoor and Babita, and her elder sister Karisma were actors, Kapoor faced the media spotlight from a very young age. However, she did not make her acting debut until the 2000 film Refugee, which earned her the Filmfare Best... Read more