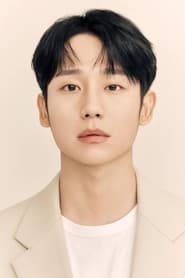 Jung Hae-in (Hangul: 정해인; born April 1, 1988) is a South Korean actor. Jung Hae-in is a professional actor. The prominent Korean actor made his first appearance in AOA Black’s music video for Moya in the year 2013. He later officially debuted through the TV series Bride of the Century the next year, i.e. 2014.

The actor then starred in small roles and made several cameo appearances... Read more