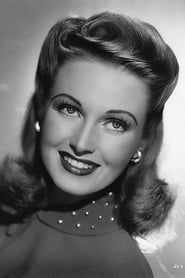 June Lang (born Winifred June Vlasek, May 5, 1917 – May 16, 2005) was an American film actress. Born in Minneapolis, Minnesota, the daughter of Edith and Clarence Vlasek, Lang originally trained as a dancer in "kiddie revues" and went to Hollywood at the urging of her mother. She made her film debut in 1931 and caught the eye of Darryl F. Zanuck at 20th Century Fox, gradually securing second... Read more