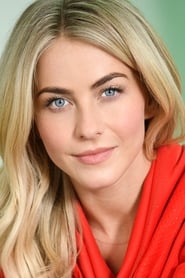 Julianne Hough (born July 20, 1988) is an American professional ballroom dancer, country music singer and actress. She is most widely known for being a two-time winner of ABC's Dancing with the Stars. She earned a Creative Arts Primetime Emmy nomination in 2007 for choreography. ABC's 20/20 called her one of the "very best dancers on the planet." Hough's brother, Derek, is also on Dancing with... Read more