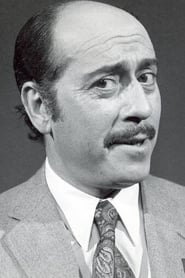 José Luis López Vázquez, originally worked in theater as a costume designer, a scenic designer, and as an assistant director to Pío Ballesteros and Enrique Herreros. In 1946, he switched over to films, with a small role in the movie 'María Fernanda la Jerezana'. Originally starring in comic roles, he made the move to drama films in the 1960s, demonstrating his profound aptitude for... Read more