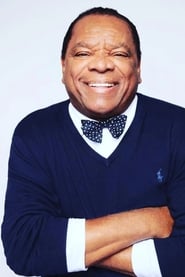 John Witherspoon was an African-American comedian and actor who has roles in over 20 movies and television shows. Acting for over three decades, Witherspoon starred in films such as Hollywood Shuffle (1987), Boomerang (1992), and the Friday film series. He also made appearances on television shows such as Barnaby Jones (1973), The Wayans Brothers (1994-99), The Tracy Morgan Show (2003), and... Read more