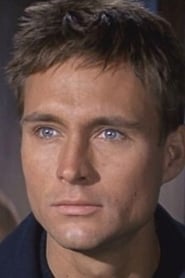 John Phillip Law (September 7, 1937 – May 13, 2008) was an American film actor with over one hundred movie roles to his credit. He was born in Los Angeles, California, the son of actress Phyllis Sallee and the brother of actor Thomas Augustus Law (also known as Tom Law). He was best known for his roles as the blind angel Pygar in the 1968 science fiction cult classic anti-war film