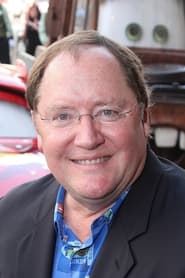 John Alan Lasseter is an American animator, director and the chief creative officer at Pixar and Walt Disney Animation Studios. He is also currently the Principal Creative Advisor for Walt Disney Imagineering.

Lasseter's first job was with The Walt Disney Company, where he became an animator. Next, he joined Lucasfilm, where he worked on the then-groundbreaking use of CGI animation. After... Read more