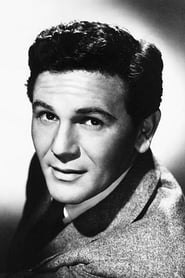 John Garfield (born Jacob Julius Garfinkle, March 4, 1913 – May 21, 1952) was an American actor who played brooding, rebellious, working-class characters. He grew up in poverty in Depression-era New York City. In the early 1930s, he became a member of the Group Theater. In 1937, he moved to Hollywood, eventually becoming one of Warner Bros.' stars. Called to testify before the U.S.... Read more