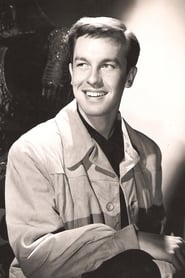 Primarily a stage actor, he is best remembered today for two film roles; the cool-minded intellectual killer in Alfred Hitchcock's film Rope, and the trigger-happy lead in the 1950 noir Gun Crazy.

He first came to fame as the young prodigy who comes alive under the tutelage of Bette Davis in The Corn Is Green, for which he... Read more