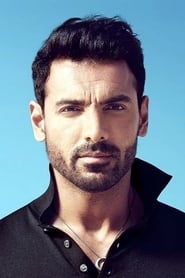 John Abraham is an Indian film actor, producer and a former model who appears in Hindi films.