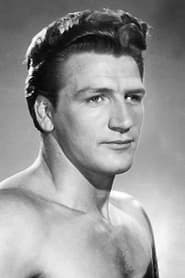 Joseph Robinson (31 May 1927 – 3 July 2017) was an English actor and stuntman born in Newcastle upon Tyne, Northumberland. He was a champion professional wrestler. He made his film debut in 1955's "A Kid for Two Farthings", in which he wrestled Primo Carnera. His film and television career really took off in the 1960s and in 1962 he appeared in British classic "The Loneliness of the Long... Read more