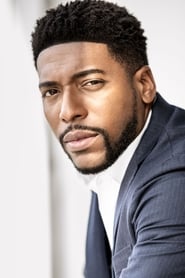 Jocko Sims is an American actor best known for his role as Anthony Adams (aka Panic) on the Starz network series Crash. His portrayal of Anthony Adams, a chauffeur  and aspiring hip-hop artist, led to the iTunes release of Head Up, a song that is performed by Sims in the third episode of the series.  Along with television appearances in Yes, Dear and The Shield, Sims had a role in the Gulf War film Jarhead.