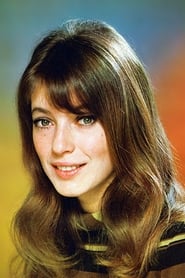 Joanna Shimkus Poitier (born October 30,1943) is a Canadian retired actress. She is the wife of Bahamian-American actor and diplomat Sidney Poitier, and mother of actress Sydney Tamiia Poitier.

Shimkus was born in Halifax, Nova Scotia, to a Lithuanian-Jewish father and a Catholic mother of Irish descent. Her father worked for the Royal Canadian Navy. She attended a convent school and was... Read more