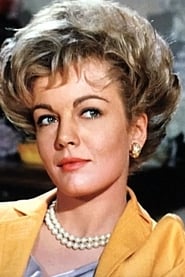 Barnes' initial appearance on television was in the episode "The Man Who Beat Lupo" on Ford Theatre. She made guest appearances on many television series, including the ABC/Warner Bros. programs 77 Sunset Strip and Maverick, CBS's Have Gun - Will Travel, What's My Line, and the crime drama Richard Diamond, Private Detective. In 1960-61, she guest-starred on The Untouchables episode "90 Proof... Read more