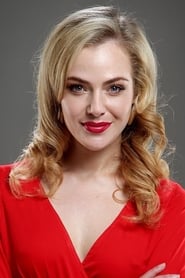 Jessica Dominique Marais (born 29 January 1985) is an Australian actress best known for her roles on Australian television in Packed to the Rafters and Love Child. She also co-starred on the American drama series Magic City.

Born in Johannesburg, South Africa, Marais and her family lived in Canada and New Zealand before relocating to Perth, Western Australia, when she was nine.