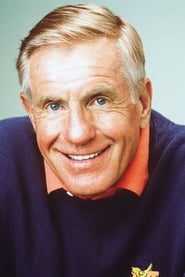 He has that same genuine likability factor, owns that same trademark lantern jaw and is just as appealing and gifted as his older brother, Dick Van Dyke, but, for decades, Jerry Van Dyke had to bear the brunt of his brother's overwhelming shadow. The comic actor was born six years younger than Dick on July 27, 1931, in Danville, Illinois. Raised there, the crew cut blond showed an aptitude for... Read more