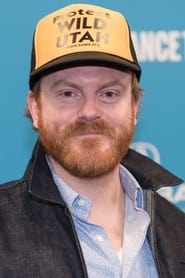 Jeremy Bobb (born May 13, 1981 in Dublin, Ohio) is an American actor who has appeared on stage, television and in feature films. He had a recurring role in CBS's 2013 drama Hostages as White House Chief of Staff Quintin Creasy and co-starred as Herman Barrow in the Cinemax TV series The Knick. In 2014, he played Stevie in the crime-drama film The Drop. In 2019, Bobb appeared in the Netflix... Read more