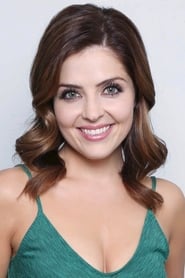 Jen Lilley (born August 4, 1984) is an American actress and singer. After playing a supporting role in the 2011 French film The Artist, she portrayed Maxie Jones on the ABC soap opera General Hospital from September 2011 to August 2012, while Kirsten Storms was on medical leave. In April 2013, Lilley joined the cast of Days of Our Lives, making her on-screen debut as Theresa Donovan, daughter... Read more