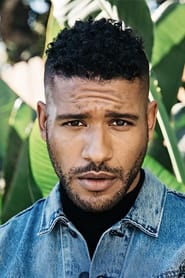 Jeffrey Bowyer-Chapman (pronounced "beau-yer") is a Canadian actor and fashion model. He is known for appearances in films and television, most notably as Jay in the Lifetime dark comedy-drama series Unreal and as one of the main judges on the first season of Canada's Drag Race.