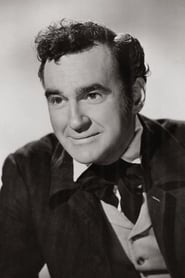 New York-born Morrow developed an interest in the theater as a result of his studies at art school. As "Irving Morrow," he was acting on stage (in Pennsylvania) as early as 1927; he later appeared in such plays as "Penal Law", "Once in a Lifetime", "A Midsummer Night's Dream", "Twelfth Night", "Romeo and Juliet" and "Macbeth", treading the boards opposite stars like Katharine Cornell, Maurice... Read more