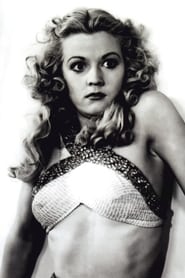 Jean Rogers, born Eleanor Dorothy Lovegren, was an American actress who starred in serial films in the 1930s and low–budget feature films in the 1940s as a leading lady. She is best remembered for playing Dale Arden in the science fiction serials Flash Gordon and Flash Gordon's Trip to Mars.

She graduated from Belmont High School, and had hoped to study art, but in 1933, she won a beauty... Read more