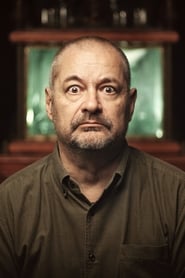 Jean-Pierre Jeunet is a French film director and screenwriter known for the films Delicatessen, The City of Lost Children, Alien: Resurrection and Amélie.

Jean-Pierre Jeunet was born in Roanne, Loire, France. He bought his first camera at the age of 17 and made short films while studying animation at Cinémation Studios. He befriended Marc Caro, a designer and comic book artist who became... Read more