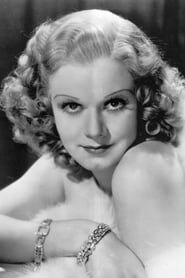 Jean Harlow (March 3, 1911 – June 7, 1937) was an American film actress and sex symbol of the 1930s. Known as the "Blonde Bombshell" and the "Platinum Blonde" (due to her platinum blonde hair), Harlow was ranked one of the greatest movie stars of all time by the American Film Institute. She starred in several films, mainly designed to showcase her magnetic sex appeal and strong screen... Read more