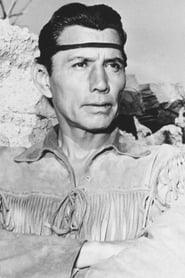 Jay Silverheels was born on a reservation in Canada to a Mohawk chief. He was a star lacrosse player and a boxer before he entered films as a stuntman in 1938. He worked in a number of films though the 1940s before he gained some notice as the Osceola brother in Humphrey Bogart's film Key Largo (1948). Most of his roles consisted of bit parts as "Indian." In 1949, he would work in a movie... Read more