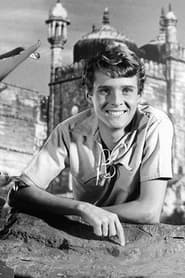 Jay Waverly North (born August 3, 1951) is an American actor. Beginning a career as a child actor at the age of six, he became a household name during the early 1960s for his role as the well-meaning but mischievous Dennis Mitchell on the CBS situation comedy Dennis the Menace, based on the comic strip created by Hank Ketcham.

As a teen, North had roles in two Metro-Goldwyn-Mayer feature... Read more