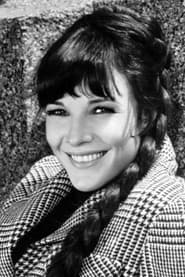 Mary Janice Rule (August 15, 1931 – October 17, 2003) was an American actress and psychotherapist, earning her PhD while still acting, then acting occasionally while working in her new profession.

She was pictured on the cover of Life magazine on January 8, 1951, as being someone to watch in the entertainment industry.

Rule had a brief engagement to Farley Granger in 1956. Rule was briefly... Read more