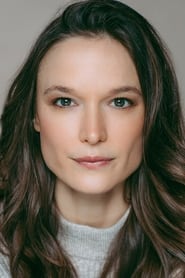 McGregor's career began with classes at the Vancouver Youth Theatre at the age of eight, which were followed by toy commercials. Her first television series appearance... Read more