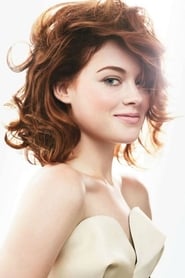 Jane Colburn Levy (born December 29, 1989) is an American actress. She is best known for her current role as Tessa Altman on the ABC comedy series Suburgatory. She made her TV debut on Showtime'sShameless. Levy has appeared in three films: Fun Size and Nobody Walks in 2012, and Evil Deadin 2013. She has been named by critics as one of the breakout stars of 2011, and Forbes named her on their... Read more