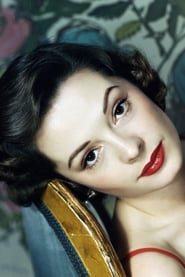 Jane Greer was a film and television actress who was perhaps best known for her role as femme fatale Kathie Moffat in the 1947 film noir Out of the Past.

A beauty-contest winner and professional model from her teens, Greer began her show-business career as a big-band singer. She sang in Washington, DC, with the orchestra of Enric Madriguera. She "sang phonetically in Spanish" with the group.