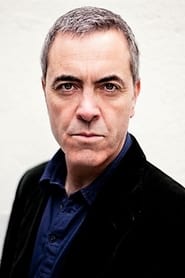 James Nesbitt (born 15 January 1965) is a Northern Irish actor. Born in Ballymena, County Antrim, Northern Ireland, Nesbitt grew up in the nearby village of Broughshane, before moving to Coleraine, County Londonderry. He wanted to become a teacher, like his father, so began a degree in French at the University of Ulster. He dropped out after a year when he decided to become an actor, and... Read more