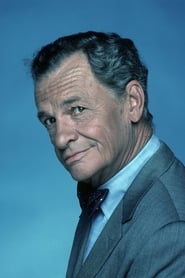 One of the most beloved actors of all, James Gregory was born December 23, 1911, in the Bronx and grew up in New Rochelle, N.Y. In high school, he was elected president of the Drama Club. He went to work on Wall Street as a runner shortly after the 1929 crash. James Gregory performed in drama groups and achieved pro status as a summer stock player in 1935. He performed in plays throughout New... Read more