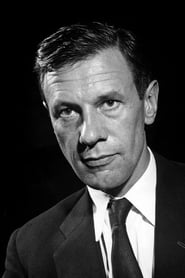 James Donald (18 May 1917 - 3 August 1993) was a Scottish actor. Tall and gaunt, he specialised in playing authority figures; military officers, doctors or scientists. Donald was born in Aberdeen, and made his first professional stage appearance sometime in the late-1930s, having been educated at Rossall School on Lancashire's Fylde coast. During World War II he appeared in minor roles in... Read more