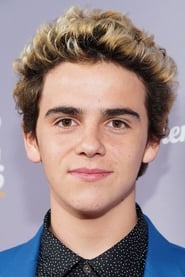 Jack Dylan Grazer (born September 3, 2003) is an American actor. He began his acting career by playing guest roles in film and on television and had his breakthrough playing the role of Eddie Kaspbrak in the 2017 and 2019 film adaptations of the Stephen King novel It. He also starred on the CBS series Me, Myself, and I, portrayed Freddy Freeman in the 2019 DC Extended Universe film Shazam! and... Read more