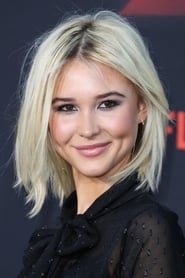 Isabel May is an American actress. She starred as Katie Cooper on the Netflix series Alexa & Katie and had a recurring role as Veronica Duncan on the CBS series Young Sheldon. She is the narrator and leading protagonist of the Paramount+ series 1883. Wikipedia.